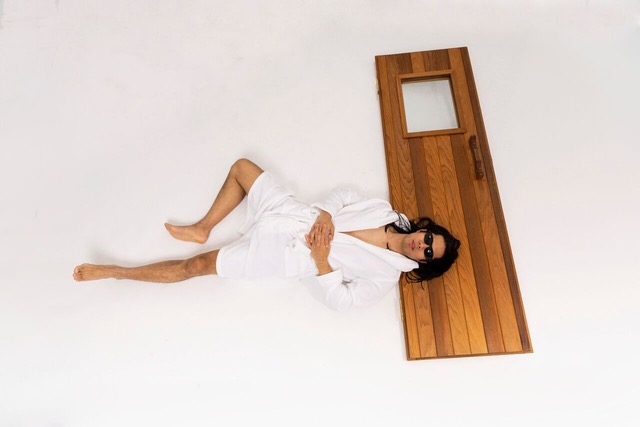 Singapore born, Sydney based artist, St. Humain releases new EP entitled EMOTIONAL SAUNA. The release is a fusion of contemporary modern soundscapes with urban elements.
Having garnered acclaim from the likes of Billboard, Paste, Live Nation’s Ones To Watch and Earmilk, St. Humain is set for an exciting 2019. EMOTIONAL SAUNA is distributed by Listen For Pleasure / Capitol Records (USA).  St. Humain has garnered over a million streams thus far garnering placements in numerous playlists including Apple Music’s “Best of the Week” and Spotify’s “Pop For Life”.
https://open.spotify.com/album/4I8i50lmQO9xkCOrCeSWSl?si=BbMWM6arRJaLPHz95Pt5vw
https://soundcloud.com/sthumain/sets/emotionalsauna

St. Humain is known for his vibrant genre-bursting music. Mesmerizing audiences across the globe with his authentic lyricism, stunning electronic soundscapes and slick urban melodies, St. Humain’s songwriting is a true expression of emotion. Through his imaginative and innovative delivery the singer, songwriter and producer illustrates his impressive musicality. St. Humain reveals, “The goal of my music is to make your life better. If my songs don’t mean anything to you and cannot relate to you in any way then I find it sorta useless.“

Fresh off a slew of singles to global attention, Singapore born, Sydney based artist St. Humain’s debut EP EMOTIONAL SAUNA is now here – a collection of seven tracks summing up to be an eclectic “first-look” body of work distributed by Listen For Pleasure / Capitol Records (USA).

Human emotions can be a haze sometimes and St. Humain daringly dives into them headfirst. With the EP comes the brand new ‘If I’m Honest’, a reflection on the pains of battling with one’s demons. “It’s a confession that truth be told, I’m really a shitty person in need of some true love to pull me out of the deep”, he explains, “I’m sure we can all relate”. Atop its dramatic production lies a confession of our common fragility, featuring stunningly raw vocals, passionate lyrics and shimmering layered harmonies.

St. Humain reflects on relationships from varying points of the spectrum with the songs ‘The Thought of You’ and ‘Fever Vibe’. His wild imagination is further showcased on an almost sacrilegious reboot of John Mayer’s ‘Gravity’. EMOTIONAL SAUNA also includes St. Humain’s debut ‘Make a Move’, a house­pop banger highlighting ethereal dreamlike synths and free-flowing electronic beats which all builds into an adrenaline-filled climatic chorus.

Beyond the sounds, we soon discover a songwriter whose stories are bursting at the seams of the songs that the world is currently uncovering – stories of steamy excitement, dark lows and everything in between. Between heaven and hell… Is an EMOTIONAL SAUNA.

St. Humain’s successes to date include garnering over a million independent streams, receiving placements in numerous official Spotify and Apple Music playlists, as well as being featured in such prestigious publications as Billboard, EARMILK, Live Nation’s Ones To Watch, The 405  and Paste Magazine. The debut EP EMOTIONAL SAUNA is out now.