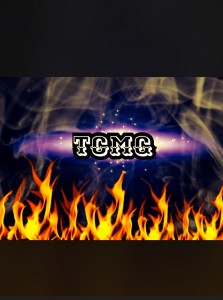 There is never no telling what kind of music an artist is going to create by just a name. People could surprise you. With Teleconnetic​Muzik one might think electronic. In that case, one would be wrong. Instead of something you’d hear at a rave, hip hop was what we got and the first one to give us that was “Hotbox.” It’s a chill song for the most part. Towards the end the verses speed up but it never pops off. We take a step up in precision and delivery with “Story Telling.” Hip hop that makes you move is fun, but it rarely compares to songs like this that are from the heart and tell a tale. We go from that to the very modern way of doing things for young emcees with “Money Makin It.” We go back to the maturity train with “#Support.” It actually is more of a song than a rhyme with a beat. It has a beautiful musical construction as well. A surprise but a delight. We liven it up with “Came to Party” and here is where we cap this off. Teleconnetic​Muzik is an emcee who can play it cool and have a very well made song and then flip the switch and make it more for the younger crowds who want to get hype and move about. If you like rappers who can show many sides, check out Teleconnetic​Muzik now. (https://soundcloud.com/teleconnetic)