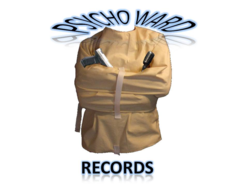 Psycho Ward Records is a hip hop label chalked full of talented MCs. Sitting pretty down in Florida for almost 10 years, Psycho Ward Records is ready for you to get to know their plethora of artists. Jay Knuckles “From Anotha Planet” is basically him telling his origin story and spitting about what he’s about and what he’s going to do with his time. Campset Slim’s “Block Ballin” has a less intimidating overall sound on the surface, but listening closely to the lyrics, you’ll find it as hard and street as what’s coming from Jay Knuckles. Speaking of, he teams up with Mercy for “Moove.” That extra “o” is so that you pay attention and do what it says. Then you have Dellion featuring Pay Pay Da Cashier on “All My Life,” which is not a remix of the KCi and JoJo hit. It’s more like a Lil Wayne track with a good beat. Psycho Ward Records offer up Champ2peezy on “Yo Cat Daddy.” This one’s more laid back than the others in the way that it’s not about the streets, but more about being in the club atmosphere. If you’re into music that covers all walks of the hip hop style, check out what’s happening with Psycho Ward Records. (http://www.reverbnation.com/psychowardrecords)