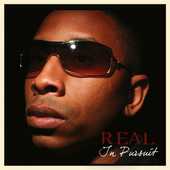 Real is a MC who raps about his beliefs in music that’d land him in the Christian section. One might think you can’t have real rap with Christian undertones, but you can and Real proves it. He’s audacious and keeps it as honest and skilled. “Pursuit” tells you right away that this is a hip hop song with the Lord in its roots. There’s no hiding it, Real is real about his faith and brings it to you in a way that’s still sounds street. Songs like “Ready” and “Life” sounds like rap that’s on the mainstream radio, only this rap has a deeper message in the lyrics. If you’re the kind of person who likes rap, but also like to fill your time with the Lord, check out Real’s album “Pursuit” out now. (https://itunes.apple.com/album/in-pursuit/id384908842)