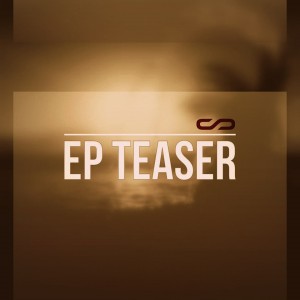 Fresh out the box, the Montreal/Quebec trio Sunspinnaz have released their four track EP teaser. After two singles with the smooth Keepin’ Motion and the West-Coast influenced Sun Day Trippin’, at least this was clear: stylistic variety should be expected in their upcoming full-length Stream of Thought, set to drop in autumn 2015.

Whatever ride you were expecting, I hope you packed your bags. As the first spin grabs your attention with appealingly clever hooks, all showcased tracks are so deeply layered that you’ll need diving equipment to notice all the subtleties in the sound. C-Rob and J-work, the men behind the instrumentals definitely throw their weight around, while Slasher delivers some of his most creative patterns yet, leading us on an emotionally diverse lyrical ride.

From the first release ‘Sleeping with the Wolves’, the listener suddenly understands what he’s in for. The introductory guitars slap your classic hip-hop mind out of its daze and entices you to deliver your soul to the beautiful wild. ‘Half Awake’ has a connected theme but delivers it in an entirely different manner, literally pleading listeners to wake up. Here, if the chorus doesn’t do it for you, you’re half-dead. The defining moment of this short collection has to be ‘Somewhere in the Stratosphere’. For many reasons, everything that Sunspinnaz is about transpires through this song. Dreamy yet harsh, beautiful yet sad, amazing yet mundane, getting lost, being found. Simply said, this is signature Sunspinnaz stuff.

Quoting anything at this point doesn’t do justice, but still: “Life ain’t cheap I heard you can’t buy love / so keep on doing whatever turns you on / voice in my head saying just strive on / and keep on doing whatever keeps you young”. Then ‘Cardiogram’ settles the dust with hip-hop banger that will undoubtedly get your heads bobbing. But again, don’t be fooled by taking this track too lightly, as Sunspinnaz deliver an unpredictable song that speaks a lot to the fervor of their musical passion.

The trio have built strong foundations that allows for musical wanderings while making it all stick to the core. Teased we have been, but nonetheless these guys are showing impressive potential. Keep your eye out for Stream of Thought – if these four tracks paint the portrait correctly, we’re in for something with definite influence.