Se’von Has a Message to Send 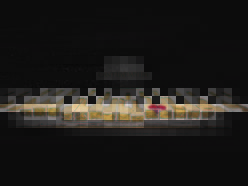 He’s always had a good set of morals and it shows. Se’von is an up and comer who’s going places. “Can’t Live My Life” has this bigger than life feel to it. Not in the way that say a rachet Lil Wayne track does, but rather something along the lines of – let’s just say if Kanye West and Common has a musical baby, it could be that song. This is an emcee who spits lyrical consciousness with songs like “Help Me” and “Weekend Truth.” With a good head on his shoulders and a talent for taking control for the mic, it won’t be long before his name is alongside the likes of the reigning hip hop giants. If you’re a fan of hip hop that has a message, check out Se’von today. (https://soundcloud.com/sevon)