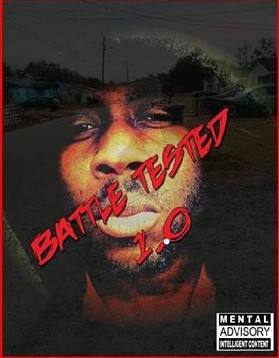 Florence, South Carolina – August 8, 2019 – With mental illness affecting everyone in this world one way or another, the conversations about how to live with it, combat it, and help those affected by it are growing with each passing day. Only it’s never enough, but hip-hop artist Personall is hoping that his album can be an asset to help aid those in need and to further the conversation even more. Battle Tested, out August 19, 2019, may sound like hip hop on the surface but like his peers Logic, Personall is focusing heavily on mental health and dealing with depression on this record.

Personall himself suffered from depression for years. He even tried to commit suicide but today he’s come so far from his lowest point to become a true leader of the culture by taking a stand not only in the community but in his music. Battle Tested tackles mental illness head-on and doesn’t hold back. While there are a few big names in music opening up about mental illness, no one is doing it on the level that Personall is.

Those interested in reviewing Battle Tested, featuring the music on their site or playlists, or interviewing Personall can reach out via the information below.

About:
Personall is working on spreading the word about mental illness and what the public can do to aid those who live with it day to day with his new album Battle Tested, out August 19, 2019.