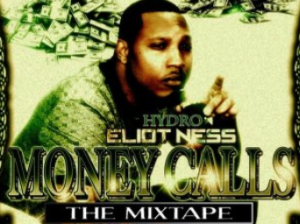 Eliot Ness has a lot of friends in high places but can do his own thing when put to the test. “Cadillac” featuring NIQ and Paul Wall comes across as a good joint to get behind. It has a good Cash Money sounding flow to it. Then you have Scotty Boi, T. Berry and DJ Sky High lending a helping hand to “Money Calls.” I like this one. It has a subtle freshness to it. With so many emcees on one track, it could sound overcrowded, but it doesn’t. It’s well balanced like a healthy meal. “We On” kind of follows the same formula as the last while “I’m Me” lets Eliot Ness shine on his own. No featured artists, just him and he does a good job without anyone else but it is nice to have friends around, right? “Boss” has a more R&B feel than anything else and it’s a nice break in between all the hip hop. It showcases another side of him as an artist and it shows that he can tackle whatever you toss at him while still spitting rhymes. If there was a new rapper to check out today, it’d be Eliot Ness. Do yourself a favor and take him on today. (https://www.mtv.com/artists/eliot-ness/)