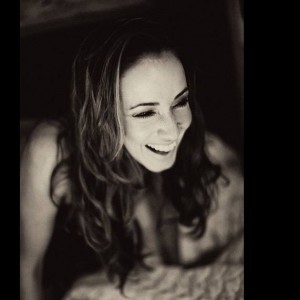 From Los Angeles (originally from Seattle) comes a fresh female artist known as Jillian Speer who just released her latest 6 track EP release “Daggers & Suede” I always listen to the opening track extremely carefully. It’s the opening track the artist has selected to hit your ears first and foremost. The opening Tracy Chapman remake “Fast Car” sets the stage rather well for a gripping/polarizing CD like this. I happen to love dark and slow moving melancholy music that doesn’t try to hard to win you over. That’s how I would describe the title track. It was an emotionally gripping intro piece that stuck in my head and had me eager for what was ahead. All in all the whole EP is brilliantly delivered with a richly woven textures with songs that go far deeper than the next artist. Music will remind you of Tracy Chapman, Mary Black, Joan Osborne and Paula Cole. To be honest I can’t say enough about Speer and her overall appeal (visual and vocal) and sound. Here’s a few lines from her bio: Originally hailing from north of Seattle, the singer-songwriter Jillian Speer grew up with music as an integral part in of her life from an early age. Ballet, Tap, Jazz and Modern Dance classes that started at three years old instilled the work ethic for perfection. At nine years old she began vocal lessons and at ten years old she began training in classical guitar. Writing songs, dance class, competitions, guitar recitals, intensive summer arts camps, and performing in local musicals best describes her school years until she turned 16 and spent a school year in India. That year was an experience that would deeply affect her life as well as influence her music. Upon her return to the states, the then 17 year-old began recording with world music producers and finished schooling. But the Pacific Northwest could only contain Jillian for so long and she moved to Los Angeles.  She began performing solo shows and recording her first album. As she continued building her fan base in LA, a great amount of buzz was growing about this new arrival to the city of angels.

“Daggers & Suede” captures a very real and pure sound that grabs the listener right from the get go. Speer has a sound that favors many Alternative female artists in the late 90’s yet with a modern day feel. I’ve never heard an artist so skillfully combine so many genera’s into one unique sound. The songs that stuck with me the most were “Fast Car” and “Fisherman.”

If there was one word or phrase I would use to describe Jillian Speer it would be “true to self”. I give her high marks for being herself and just letting the chips fall where they may. This CD will simply make your day more interesting as some of the lyrical content is hard to understand. No doubt the true meaning of some of this material is buried deep between the lines, but there’s an undeniable passion beneath it all. Speer is a capable songwriter but it’s obvious to me her primary goal as an artist is to make the world a much more interesting one song at a time. If that’s sounds corny so be it.