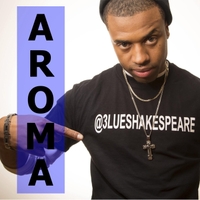 Blue-Shakespeare is a power player when it comes to mainstream radio with his hip hop flavor. “Ecstasy” is a hit from the start. This guy knows what do to to make a song pop and with a style that’d garner the attention of Jason Derulo fans, he’s on the right track. It’s a nonstop party as “Aroma” takes over the room and gives it a feeling of good times. Blue-Shakespeare then lifts your energy levels and takes them through the roof with “Millions,” then he really showcases his flow skills a bit with a hip hop influenced R&B track called “Feel My Pain.” Indie artists can be questionable but the only question you should have about Blue-Shakespeare is, why isn’t he dominating radio yet? Check him out now! (https://blue-shakespeare.com/)