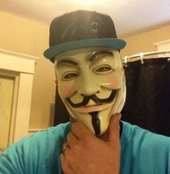 Big Rob isn’t what you’d expect. “Put In Work” sounds like what Cash Money was doing at the end of the millennium. It has this to-the-point delivery style that doesn’t really mess around. It’s simple but has this captivating hook to it. With “Ride,” things are slowed down a bit in the intro and what we heard initially has taken a turn. Now he sounds like someone who would garner comparisons to R. Kelly. In “Dark Side” Big Rob gives us elegance from the street with the beat. “The Rain” intertwines the feel of “Dark Side” but also has that thug feel from “Put In Work.” He knows how to balance the class with the street and deliver a heightened way. If you’re a fan of music that’s a little Juvenile and a little metropolitan, check out Big Rob. (https://soundcloud.com/big-rob-325)